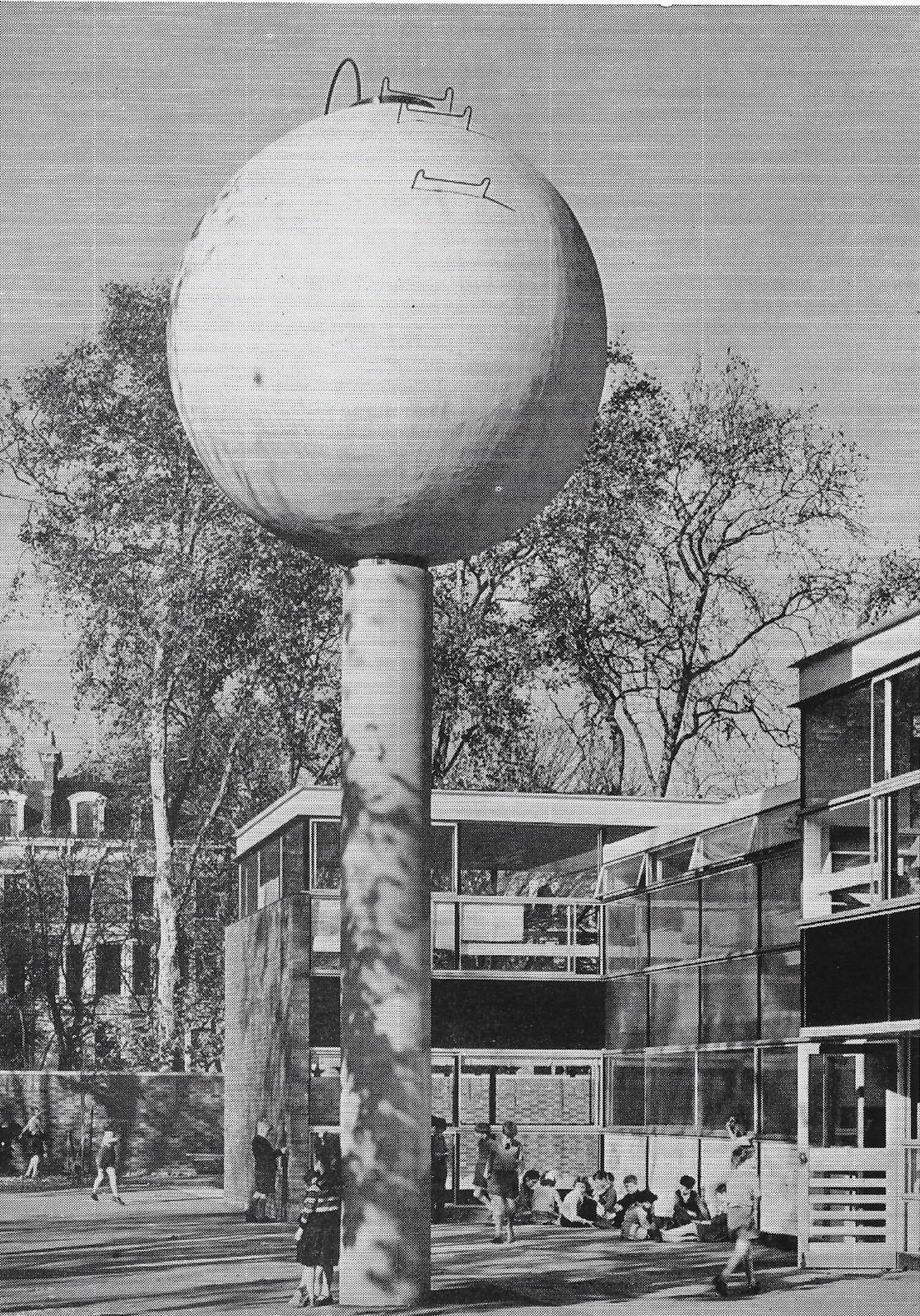 Playtime in the junior playground in 1957. Architect & Building News, 1957

Bousfield Primary School was founded in 1881, in the wake of the 1870 Elementary School Act that made education compulsory for all children aged 5 to 13. It was then called Gloucester Grove East School and housed in a now listed Victorian building designed by Edward Robson, where Our Lady of Victories Primary School is today. 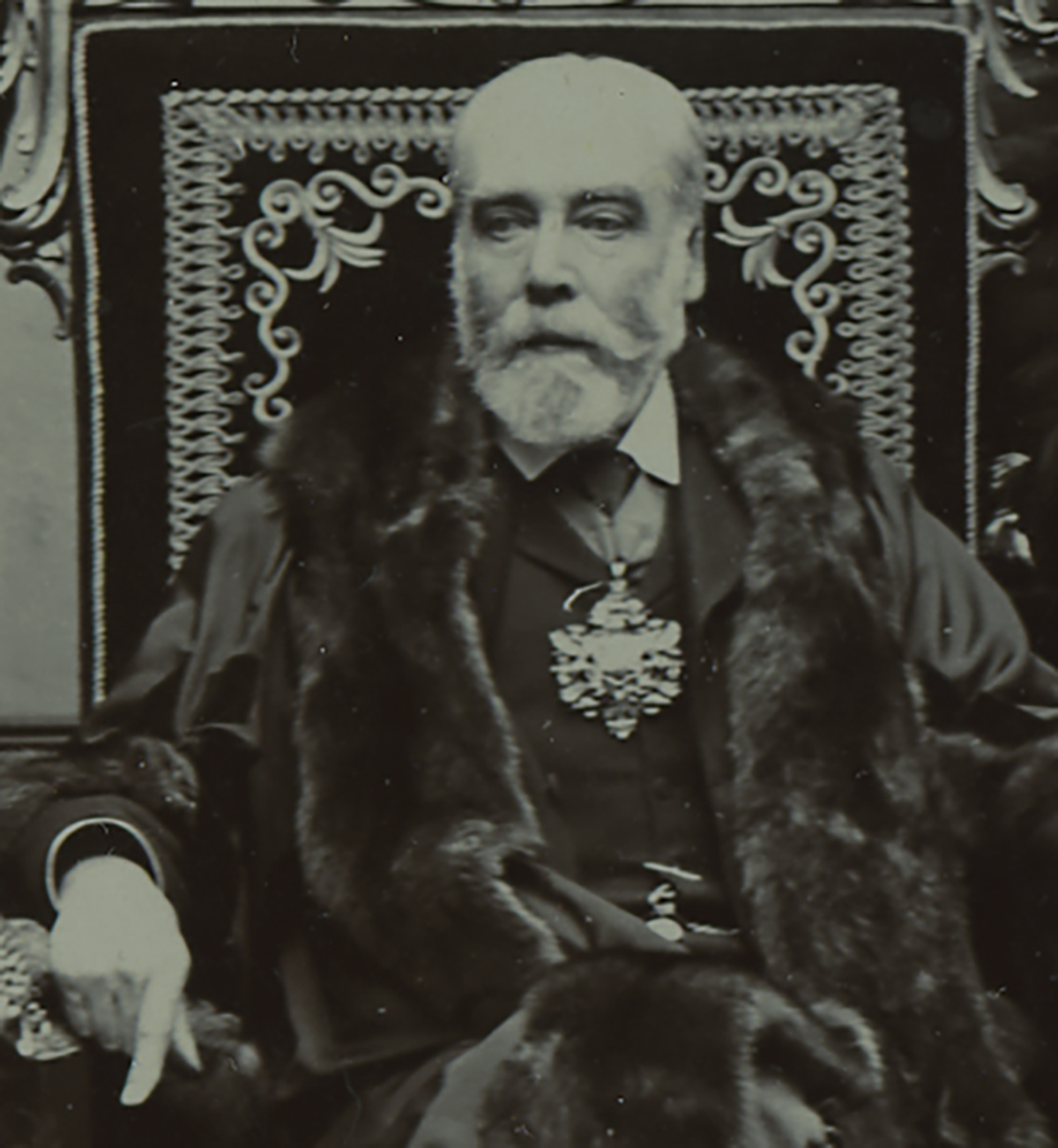 Sir William Bousfield as Master of the Clothworkers in 1904-5.

As the street took the name of Clareville Street, the school was renamed in 1913 in honour of Sir William Bousfield  (1842-1910). An influential local educationalist and philanthropist, Bousfield had been instrumental in the development of primary education in Chelsea. He lived most of his life very close to the school and was knighted for his services to education in 1905.

In 1956, the school moved to its current building at the east end of South Bolton Gardens. The area had been bombed during the Blitz on the night of the 18th of October 1940. A grand villa, Bladen Lodge, and a row of six houses were damaged beyond repair. One of these houses was the family home of the writer, illustrator and natural scientist Beatrix Potter (1866-1943), who lived here until her marriage in 1913. 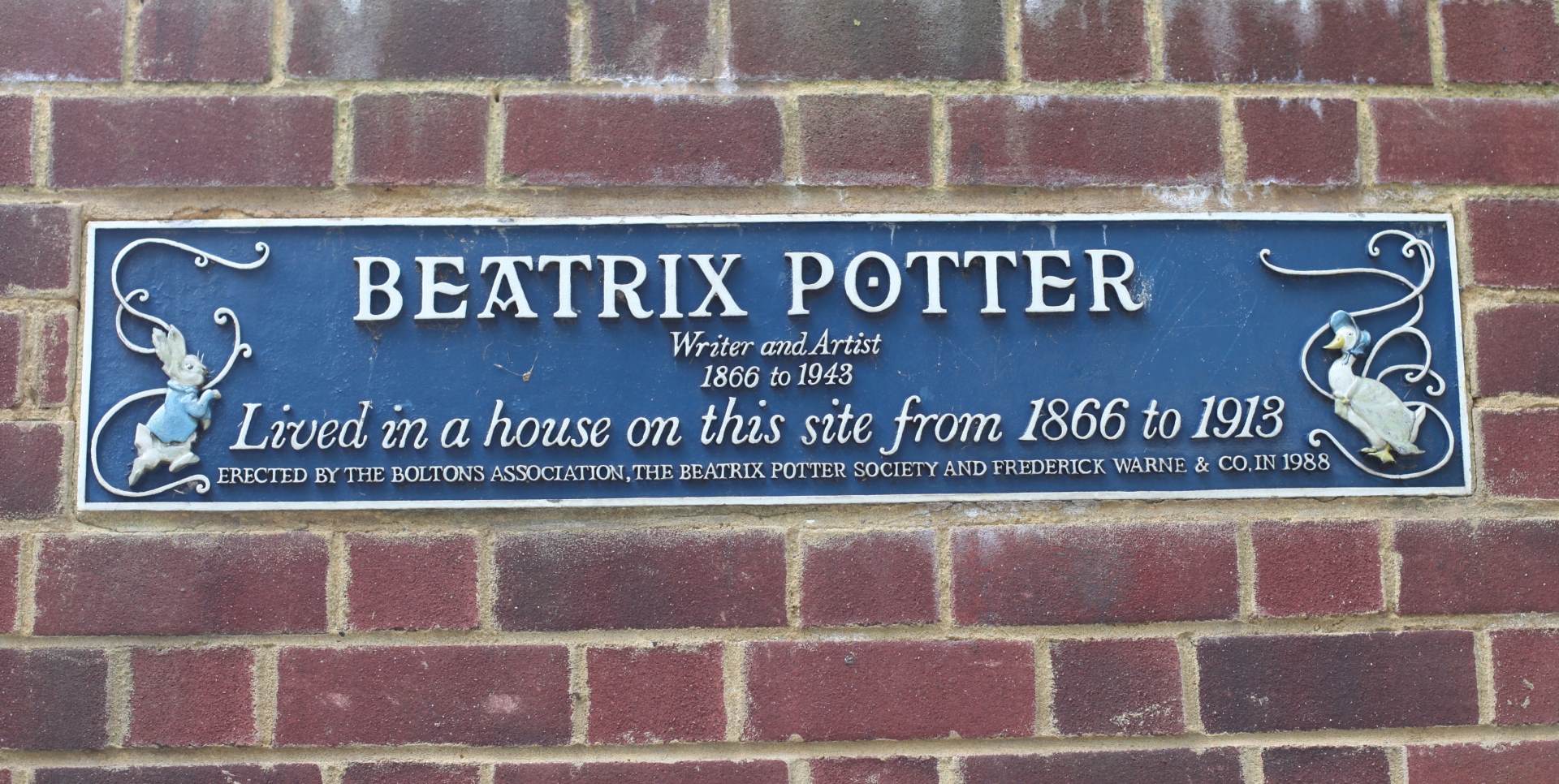 Commemorative plaque on the school’s wall, where Beatrix Potter’s family house once stood. 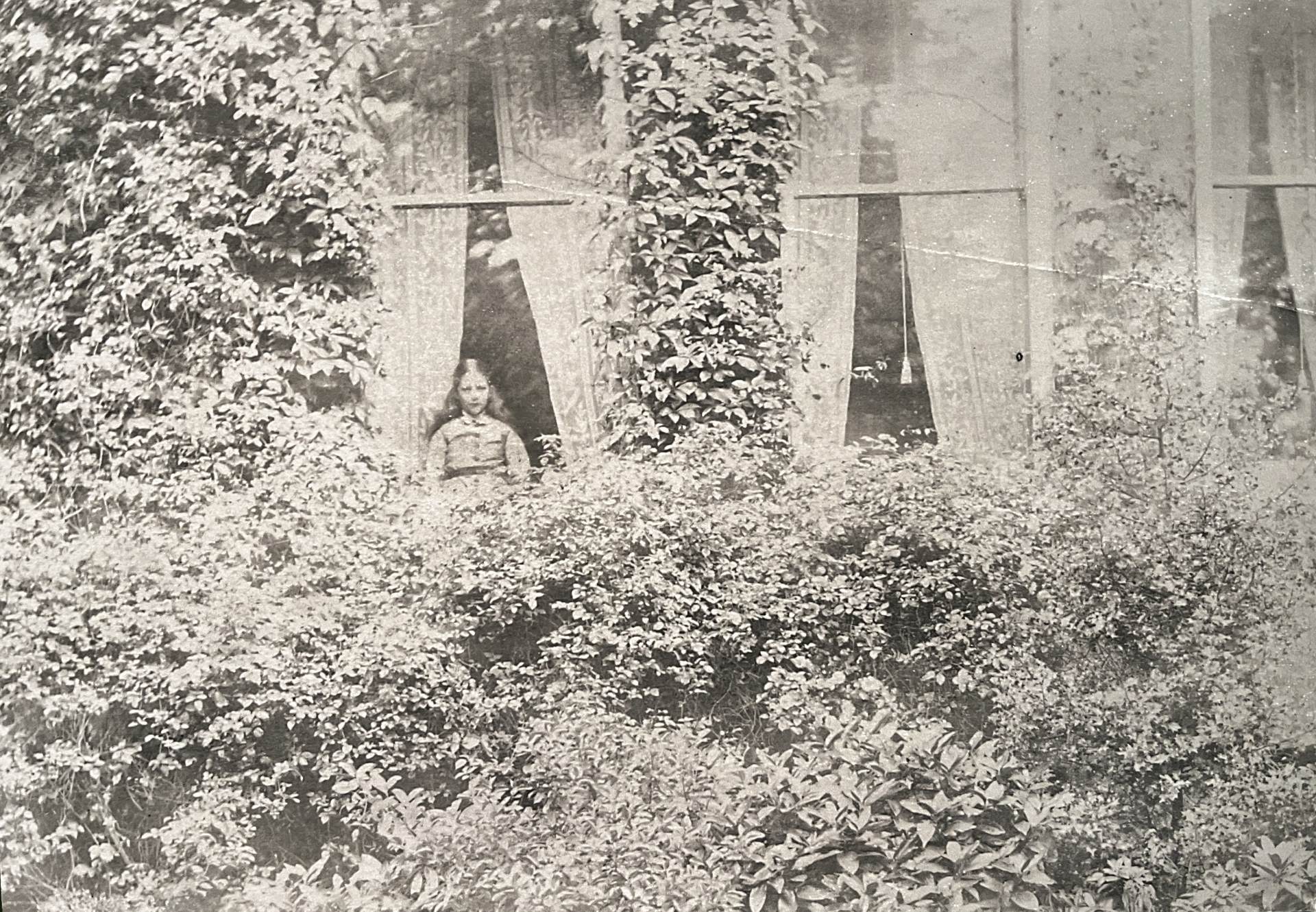 The young Beatrix Potter at the window of her family home at 2, Bolton Gardens.

Leaving the disaster of the war behind, the new school was to be built with a fresh outlook, supporting the ideals of democracy and peace. Indeed, the modernist building stood in stark contrast to the former Victorian architecture of Old Brompton Road. Long corridors and dark interiors were now to be replaced by openness, light and fresh air.

A young trio of local architects, Peter Chamberlin, Geoffry Powell and Christoph Bon, won the competition to design the school. With building such as the Golden Lane Estate and the Barbican Centre, they are now considered to be some of the most influential modernist architects in Britain. For Bousfield, they had to work within the limited financial means of the immediate post-war era, using affordable materials and as many prefabricated elements as possible. This, however, without compromising on their vision of a transparent and functional school, where children’s ideas, creativity and learning could flourish. 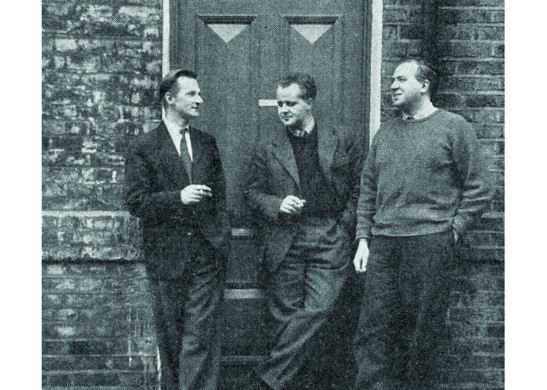 The three architects, Peter Chamberlin, Geoffry Powell and Christoph Bon outside their Fulham studio in 1953.
The Architects’ Journal, 15 January 1953

The architects organised the school around two courtyards that each bring light to the areas that serve the surrounding classrooms: to the south, a single storey building for infants and to the north a double-storey block for the juniors. The communal elements were grouped in the middle; two assembly halls with double-height ceilings; a gallery with a canteen above the kitchens; and the staff rooms on another gallery overlooking the assembly halls and the entrance forecourt. As far as possible, existing features, such as ground levels, trees and other features were kept, or exploited, in the plan. The large windows, many from floor to ceiling, gives the school natural light throughout and a real sense that each classroom is both inside and outside at the same time. The building was featured in the international press and was (and still is) visited by many artists and architects. 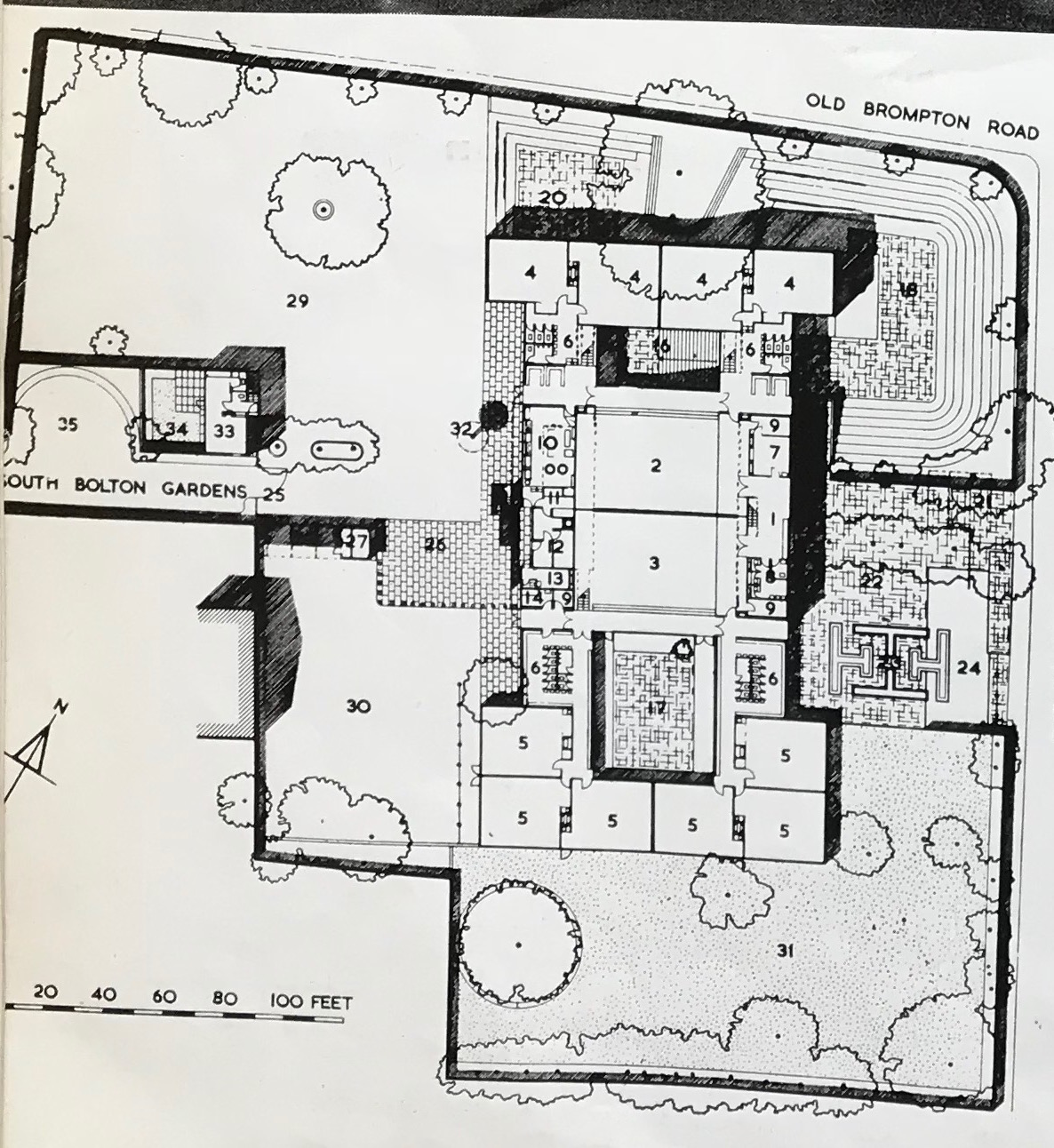 Drawing indicating the use of the space. 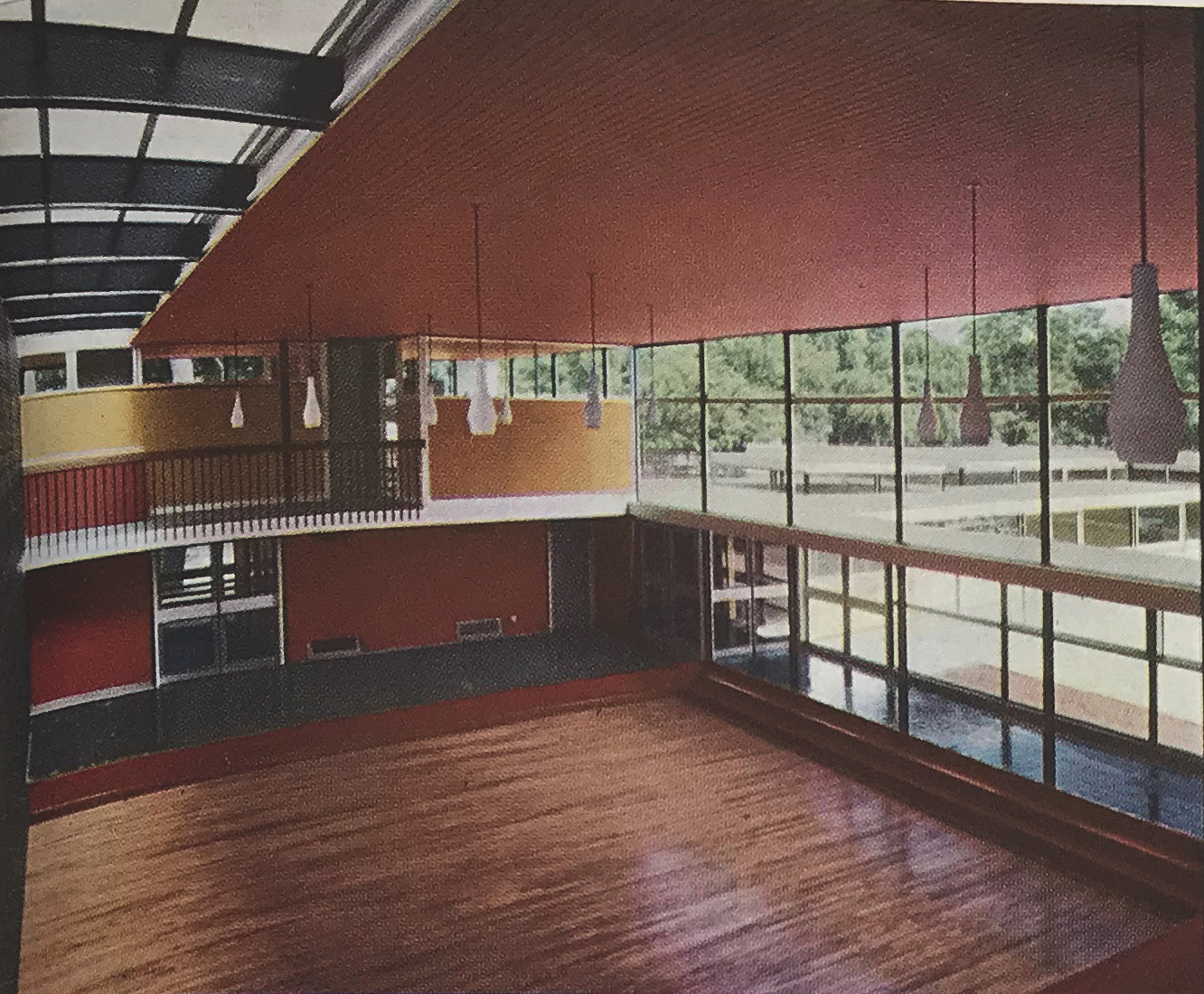 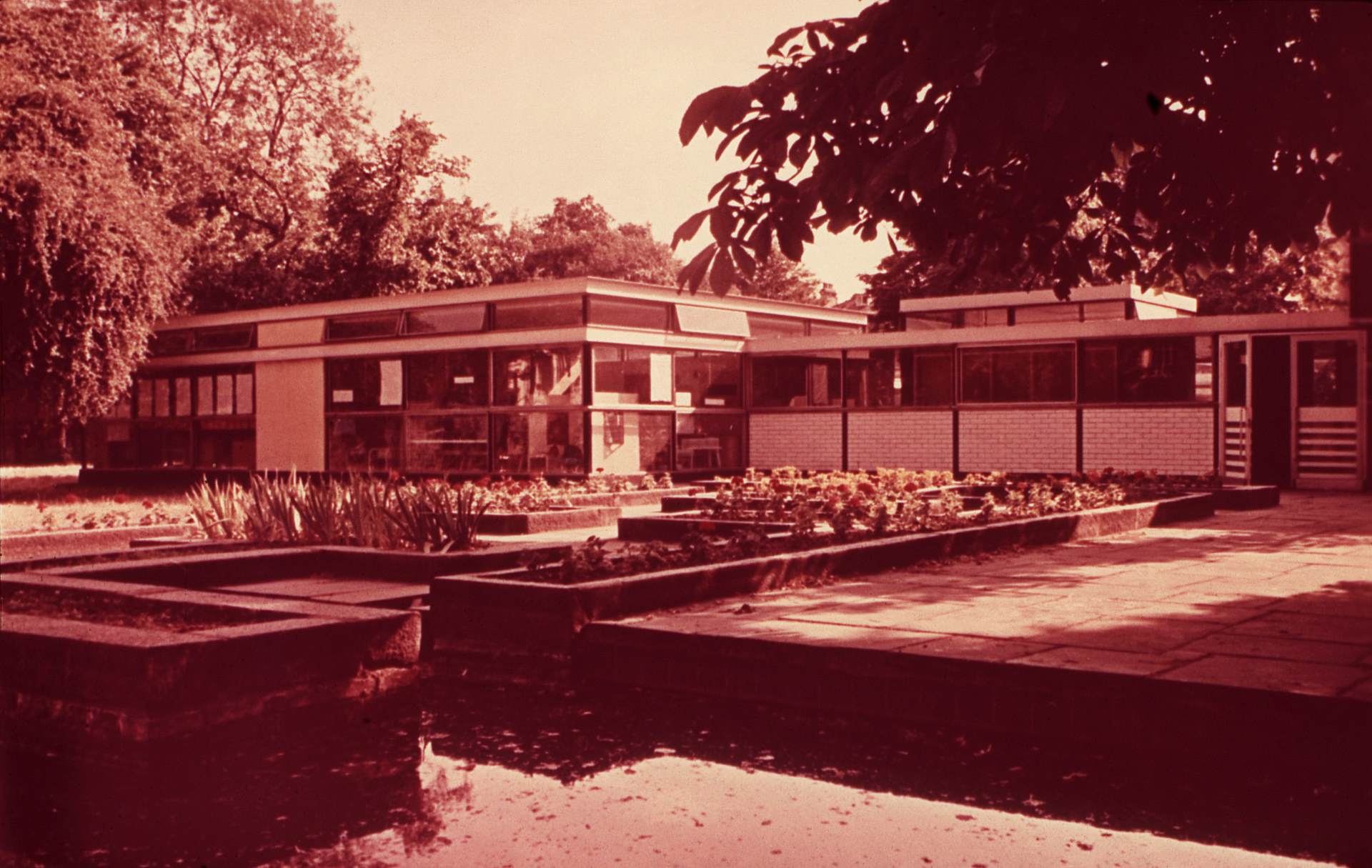 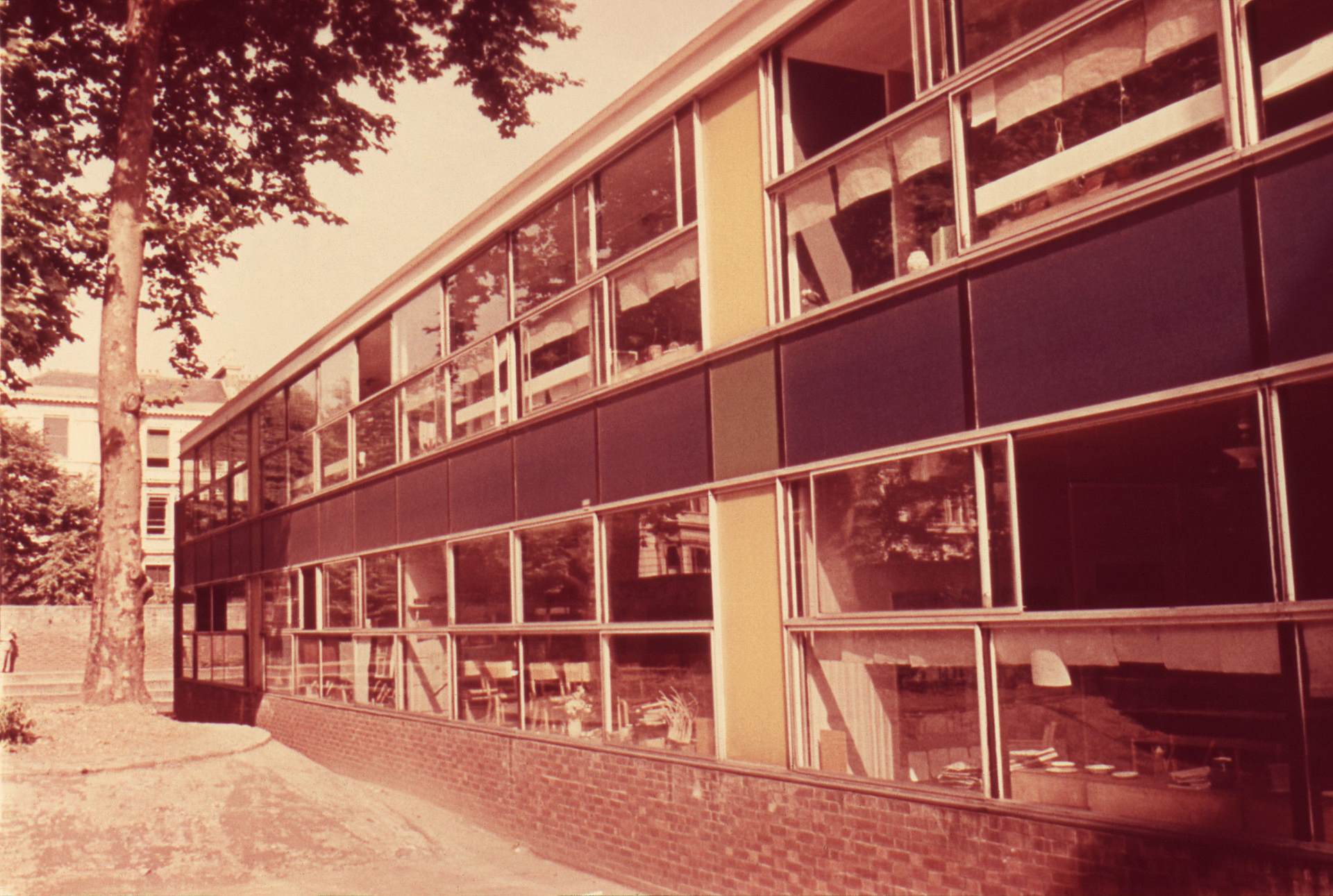 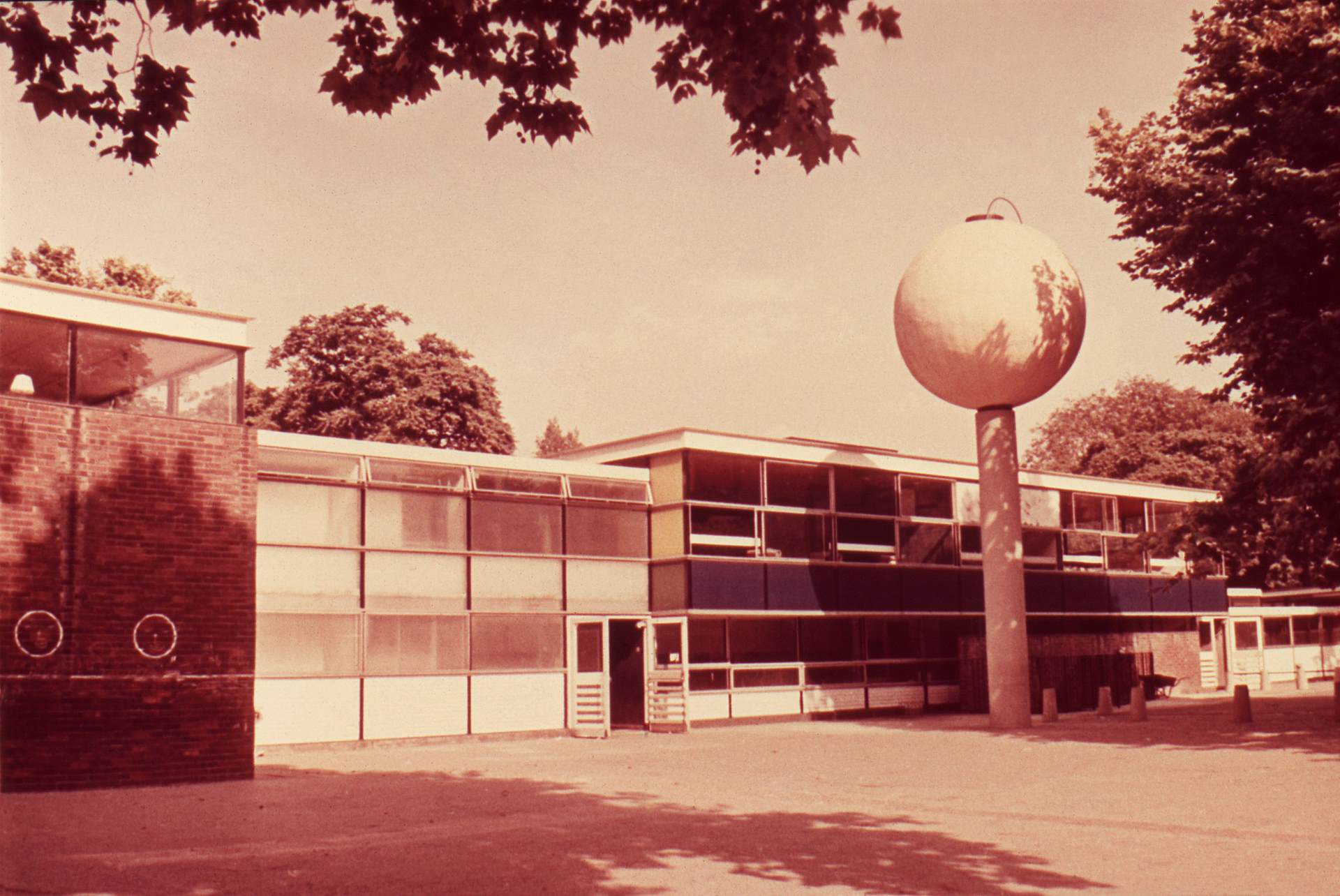 View of the Juniors playground. 1961 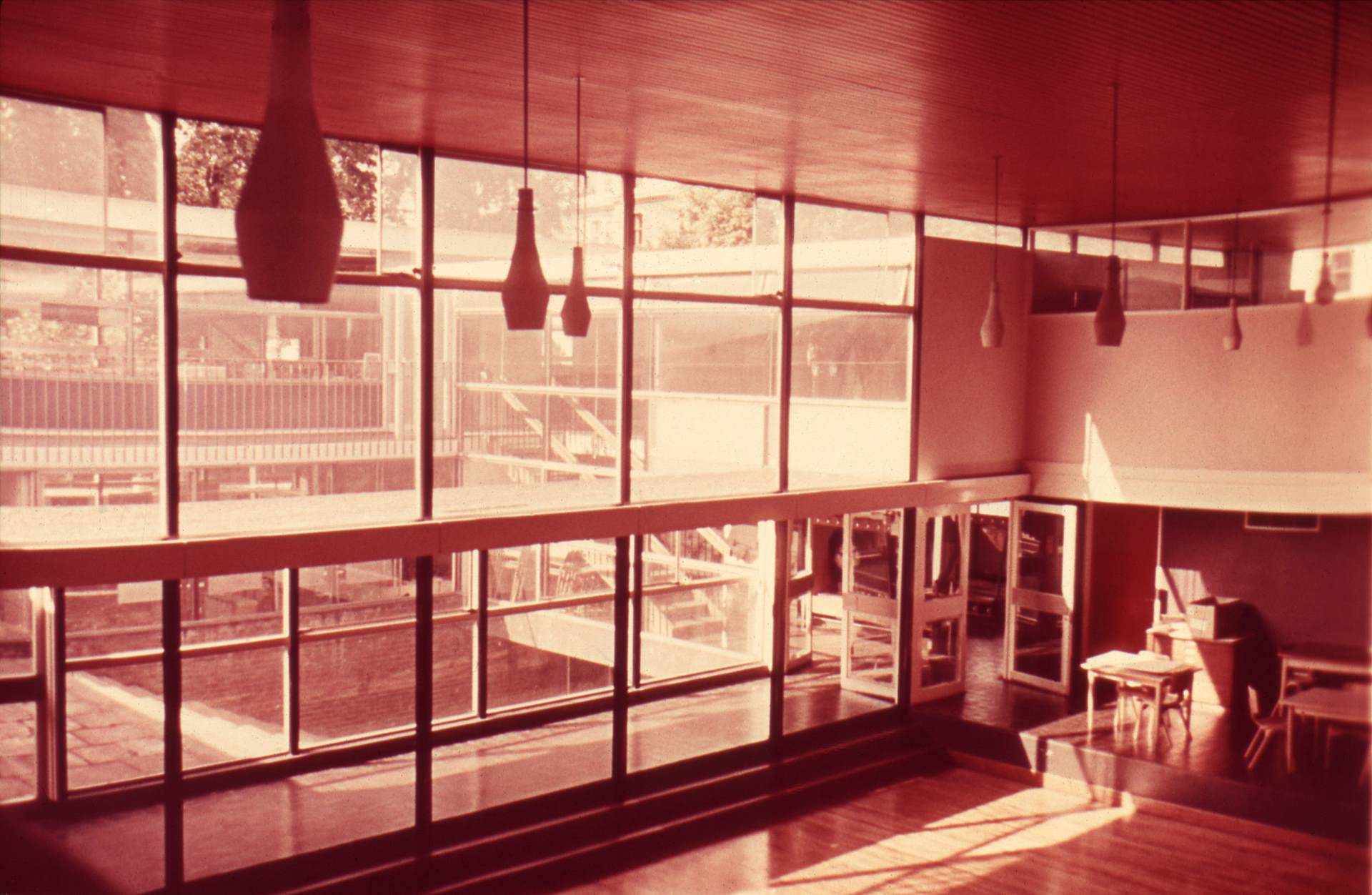 As part of the project, the architects also designed the caretaker’s house, with its private garden, following the same scheme. 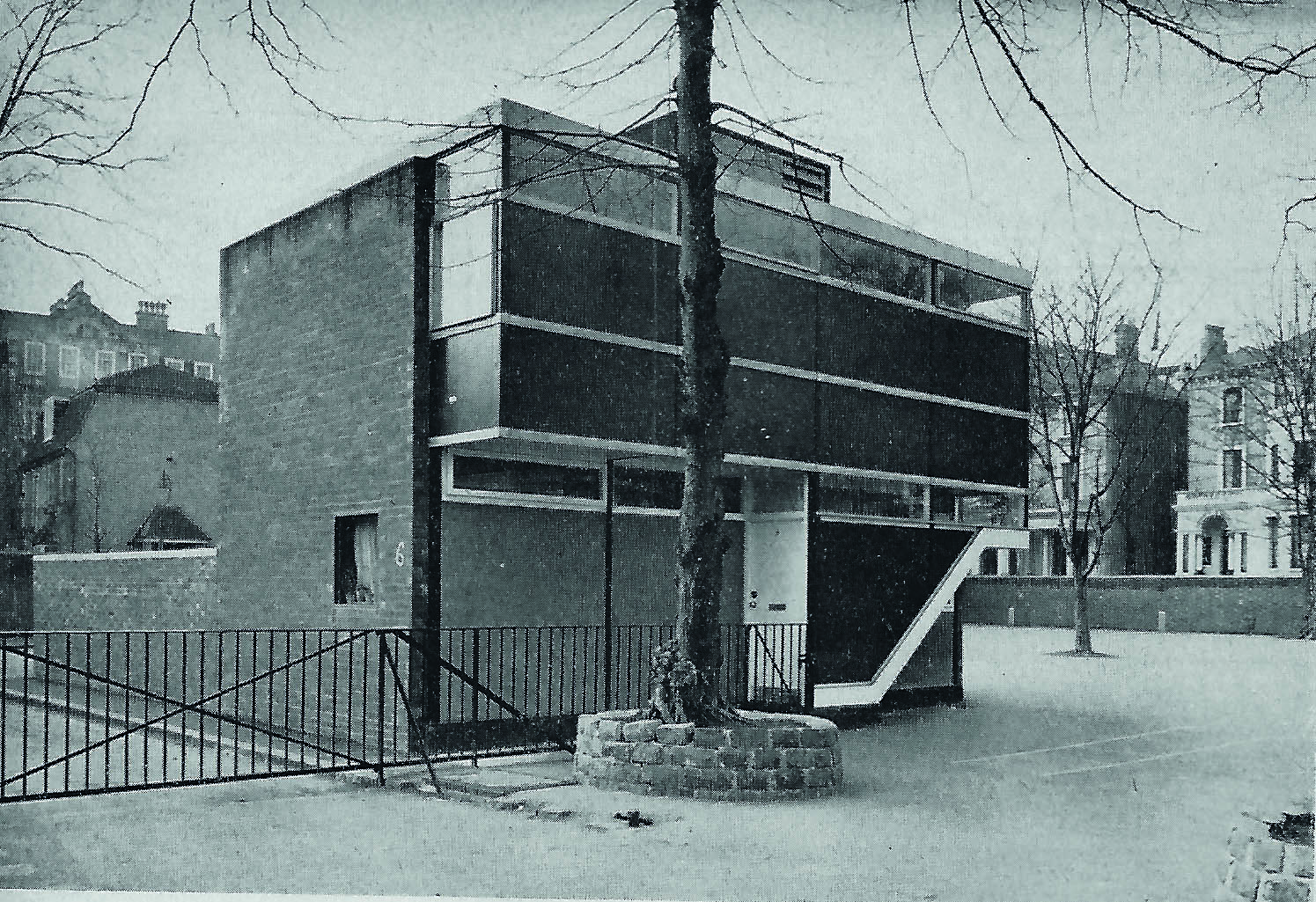 The caretaker's house as seen from the school.

In the 1960s and under the leadership of Moira McKenzie, an expert in reading and literacy, the school became a role model for child-led education. Her idea was to promote self-development through play, real-life tasks and collaborative work.  Teachers arranged ‘open classrooms’ with mixed age groups of children, working together on their projects. Many groups of visiting adults came from national and international education establishments to observe the teaching. 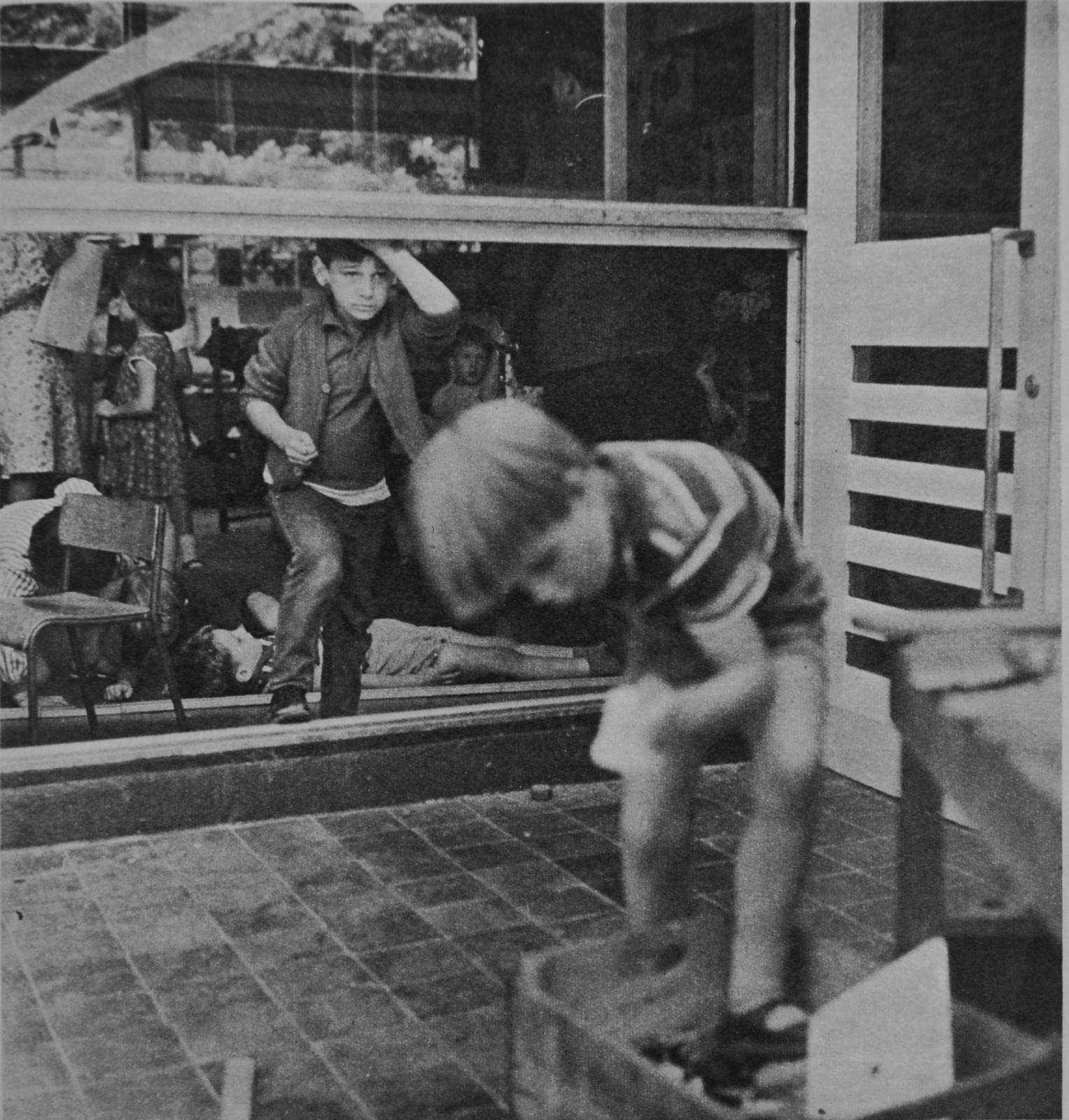 "Think for yourself is the rule at Bousfield. Children make their own discoveries by measuring and recording."

Bousfield Primary school, together with its witty yellow lollipop water tank, was listed by National Heritage in 1993. The modernist architecture of the school was recognised as being of unique interest and worth protecting. It is a badge of honour to Chamberlin, Powell and Bon, who created an inspiring and unusual building where generations of children have learnt not just to read, write and count, but to appreciate the ingenuity of modern British architecture.

….this school is truly original…Everything feels as though it was done with the children instead of for them. 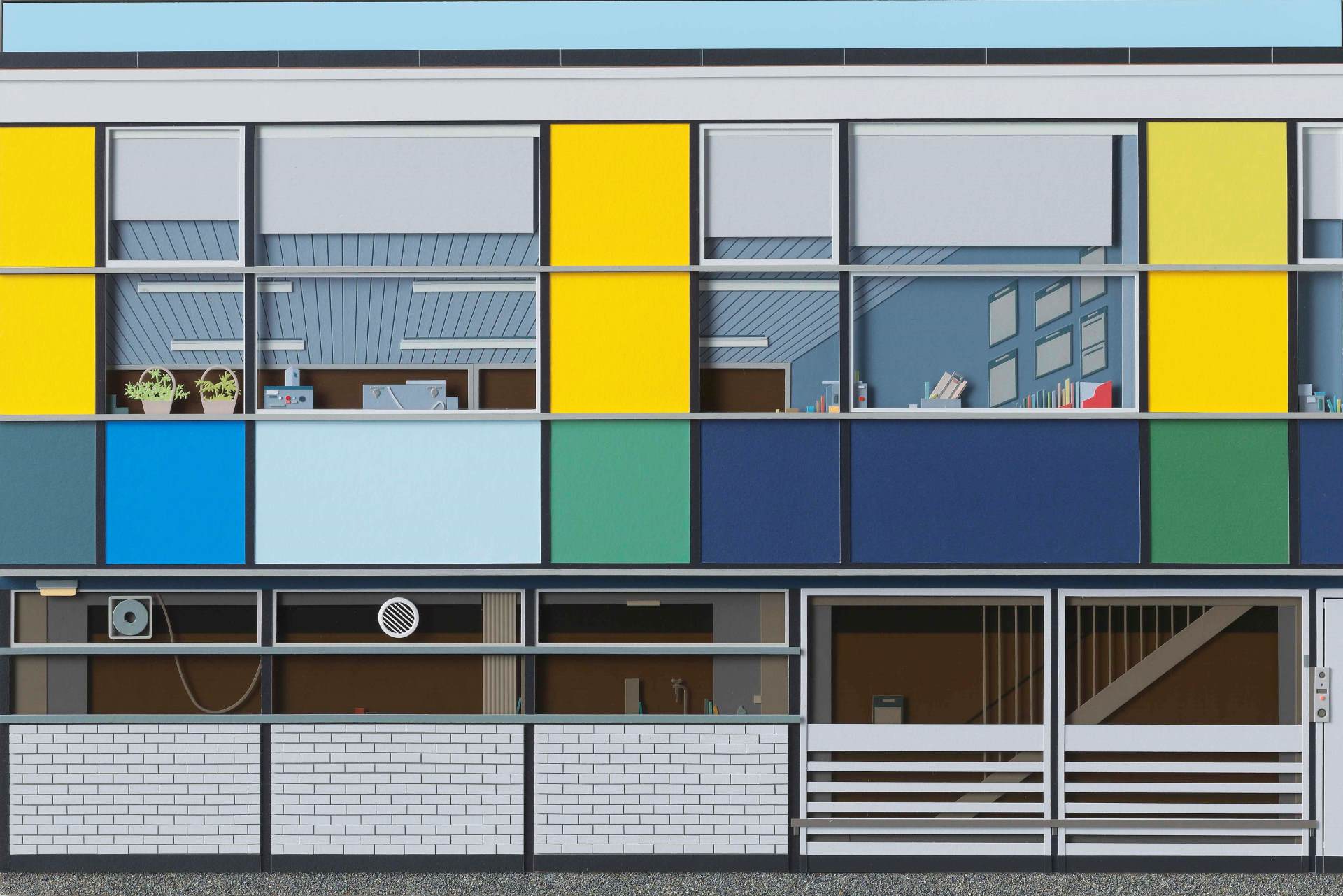 Image courtesy of the artist and Berggruen Gallery, San Francisco 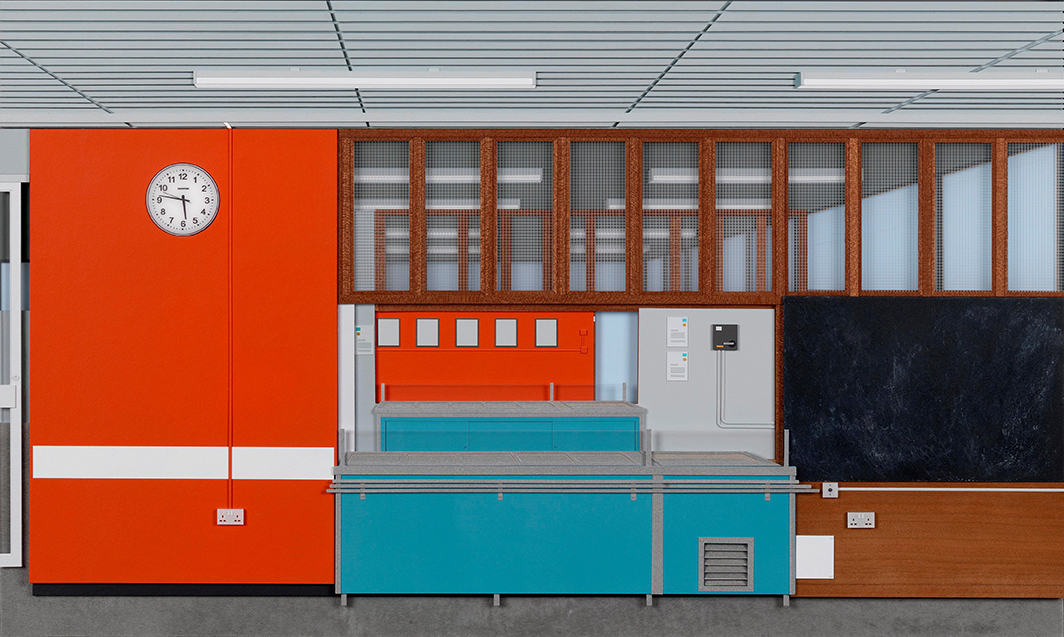 Image courtesy of the artist and Berggruen Gallery, San Francisco

Its beauties include courtyards, coloured panels intended to teach the principles of colour mixing, child-high windows and an external “watersphere”. There is also an amphitheatre formed out of a wartime water tank. 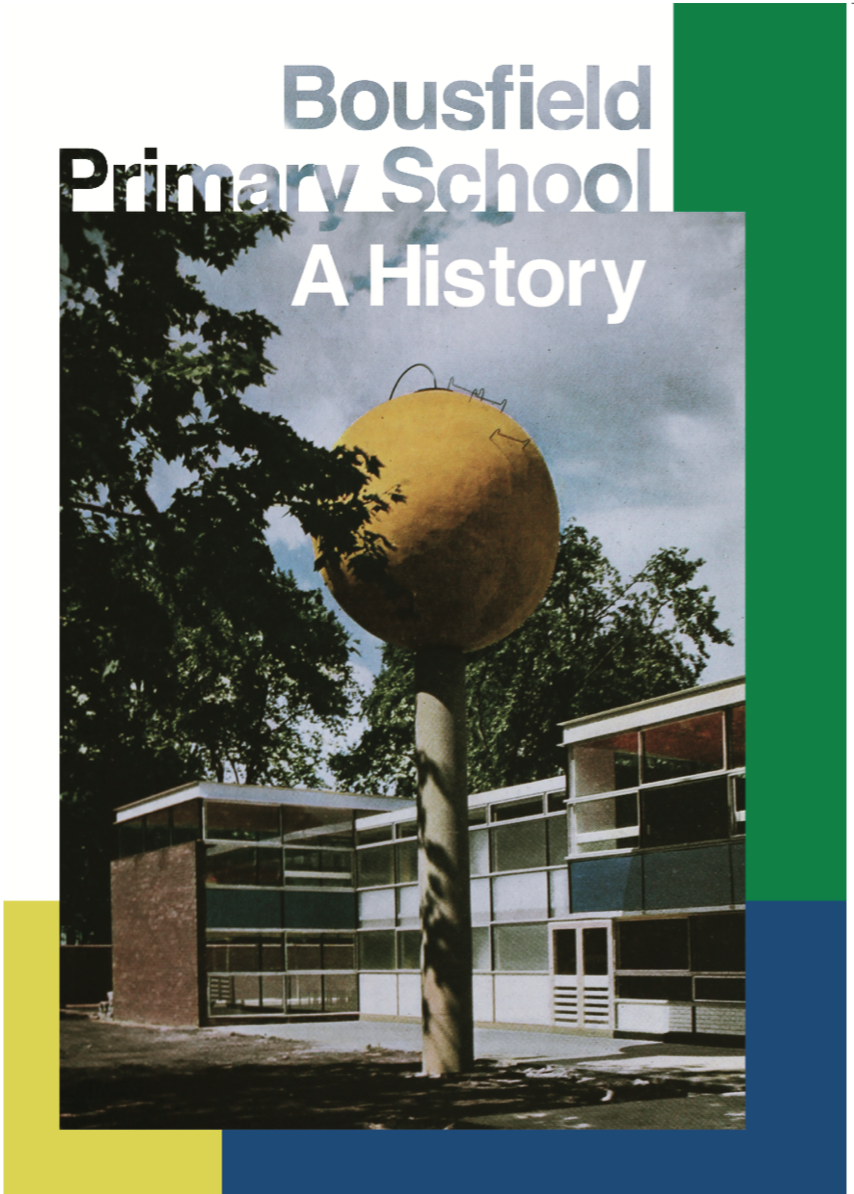 More information on the history and architecture of Bousfield Primary School can be read in an illustrated book, researched and written by Dr Juliette Hibou and Dr Stina Barchan, two Bousfield parents and Art Historians.

This publication is a charitable project and has been produced on a voluntary basis. All proceeds are donated to the school.

The book is available to purchase from:
Beatrix Potter Society